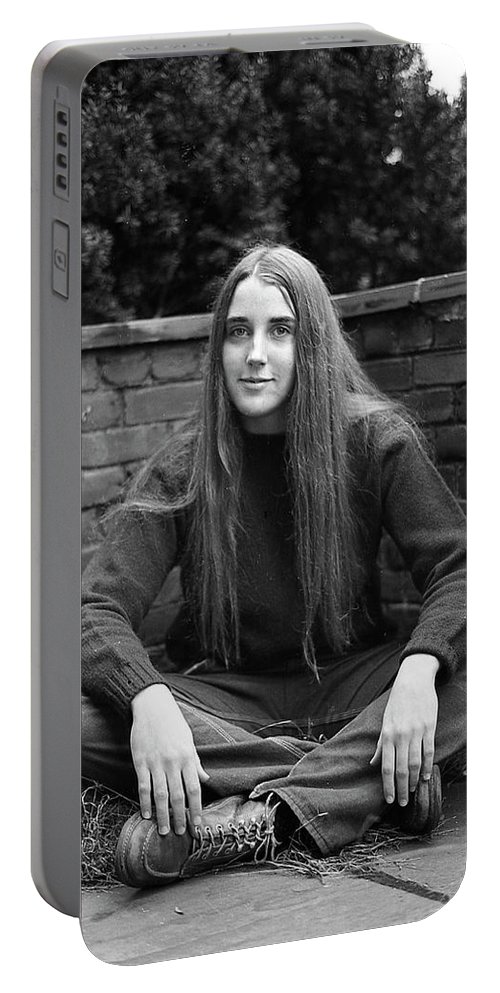 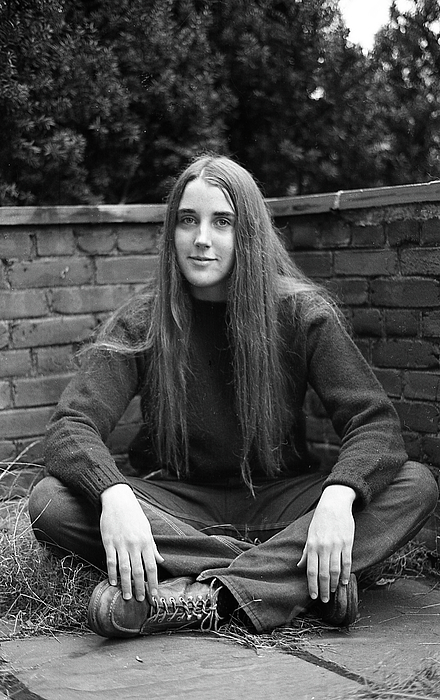 A young woman's hands drape over her legs. She wears lace-up boots. She has straight hair and is a freshman at Brown University, October 1972.

A young woman's hands drape over her legs. She wears lace-up boots. She has straight hair and is a freshman at Brown University, October 1972.