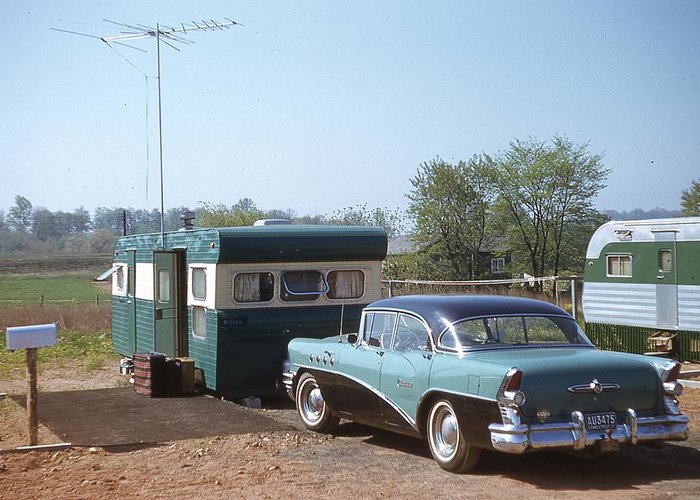 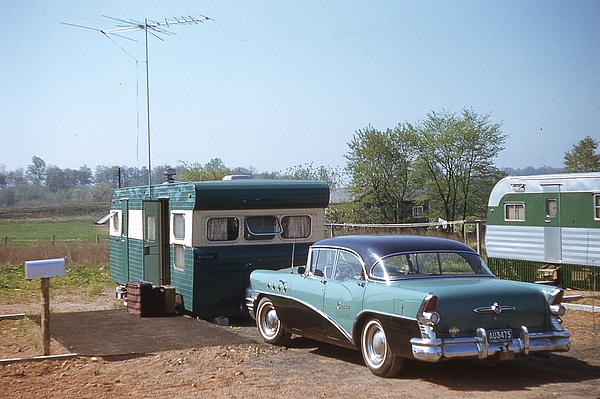 Ed and Gwen Butler lived in this trailer in Connecticut. It's rather dwarfed by the massive '55 Buick and the 15-foot TV antenna. They had just... more

Ed and Gwen Butler lived in this trailer in Connecticut. It's rather dwarfed by the massive '55 Buick and the 15-foot TV antenna. They had just returned from a trip to England, hence the luggage at the door. Photo by Edward Butler circa 1957 on a 35mm Kodachrome slide, scanned February 2021. Copyright Jeremy G. Butler.