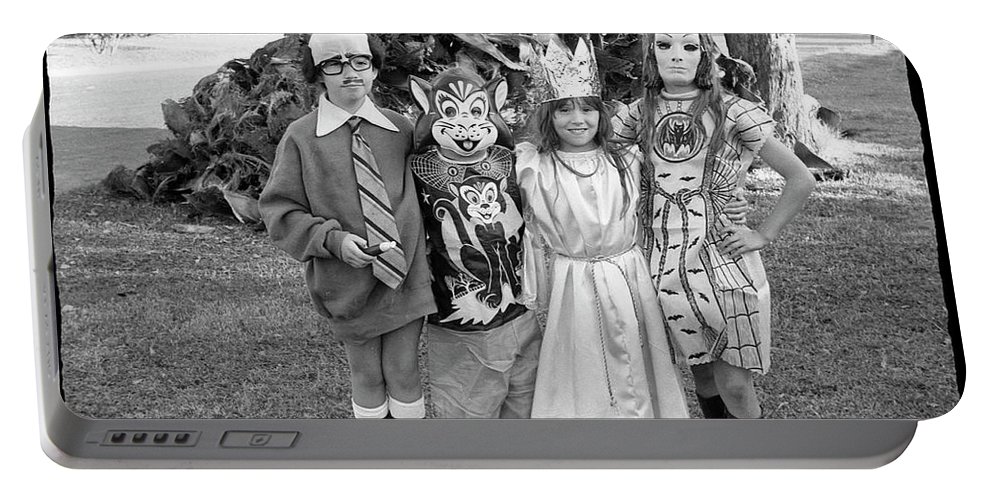 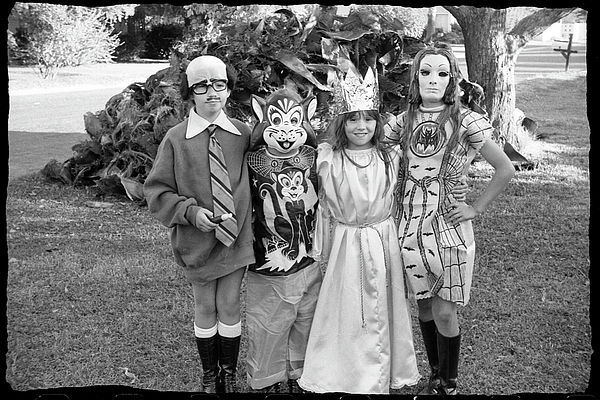 Girls dressed for Halloween as a bald man, a black cat, a queen, and a vampire. They stand in front of clippings from a palm tree, on 13th Street, in... more

Girls dressed for Halloween as a bald man, a black cat, a queen, and a vampire. They stand in front of clippings from a palm tree, on 13th Street, in Phoenix, Arizona.