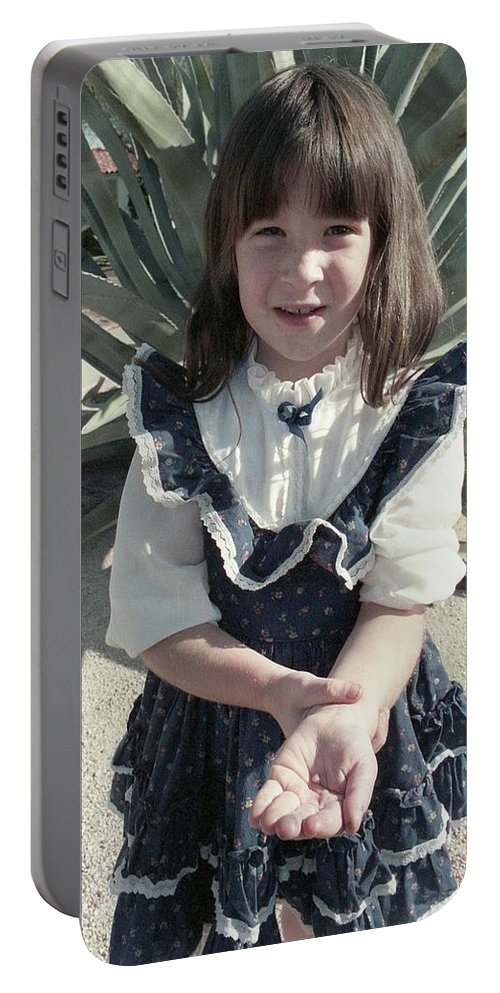 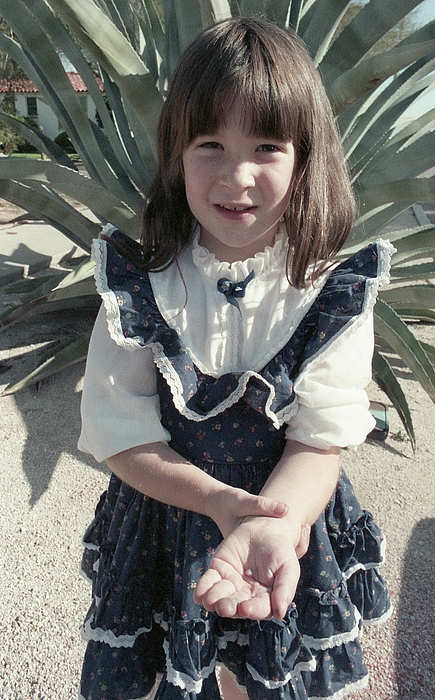 A seven-year-old girl in Tucson holds out a tooth she had just lost. A giant yucca cactus is behind her.

A seven-year-old girl in Tucson holds out a tooth she had just lost. A giant yucca cactus is behind her.Copyright 1985 Jeremy G. Butler.