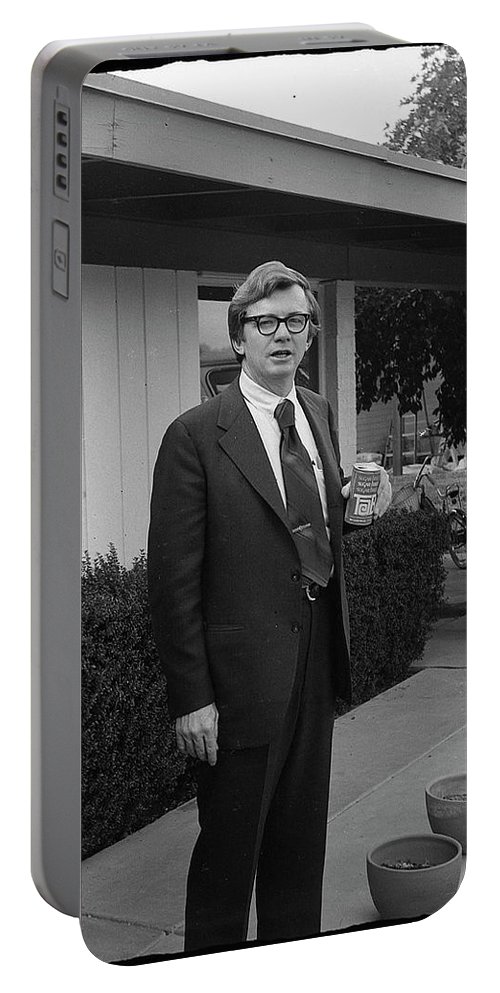 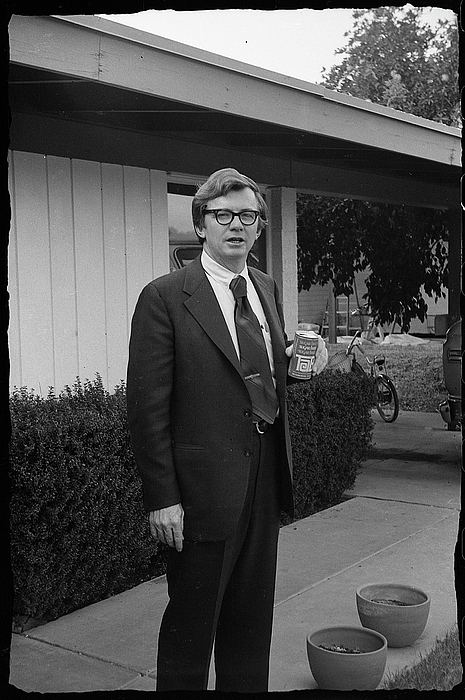 Lawyer with Can of Tab, 1971 Portable Battery Charger

Jerry Butler stands outside his home in Phoenix, holding his favorite beverage.

Jerry Butler stands outside his home in Phoenix, holding his favorite beverage.