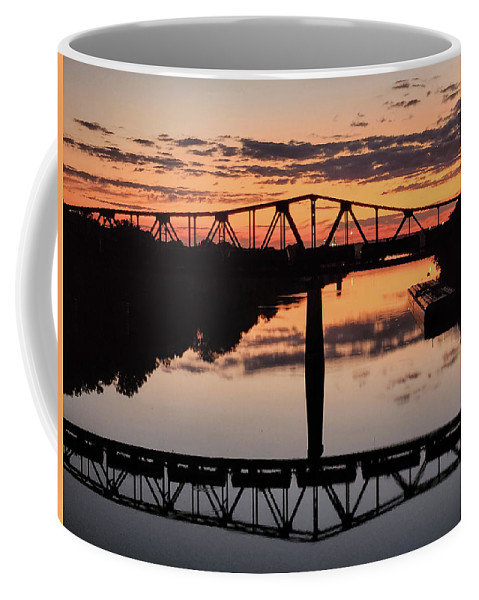 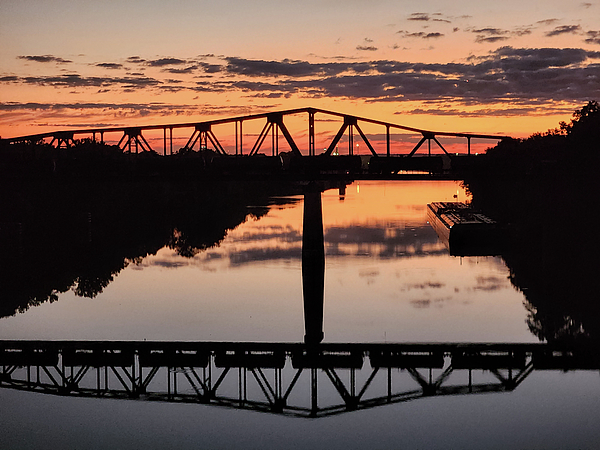 Our ceramic coffee mugs are available in two sizes: 11 oz. and 15 oz. Each mug is dishwasher and microwave safe.

As the sun sets over the Black Warrior River, a line of tanker cars is discernable in a trestle's reflection--even though they cars are silhouetted.... more

As the sun sets over the Black Warrior River, a line of tanker cars is discernable in a trestle's reflection--even though they cars are silhouetted. A barge, probably containing coal, is moored on the riverbank. Years ago, this spot was a shallow shoals and that's why Native American and European settlers chose this spot to create what would become Tuscaloosa, Alabama.Photographed with a Samsung Z Fold4 phone camera on 4 October 2022.Copyright 2022 Jeremy G. Butler.