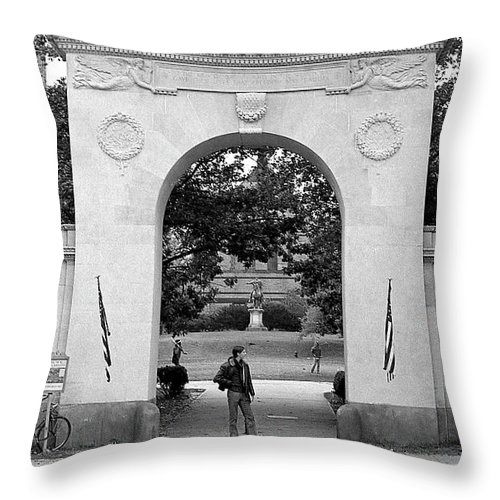 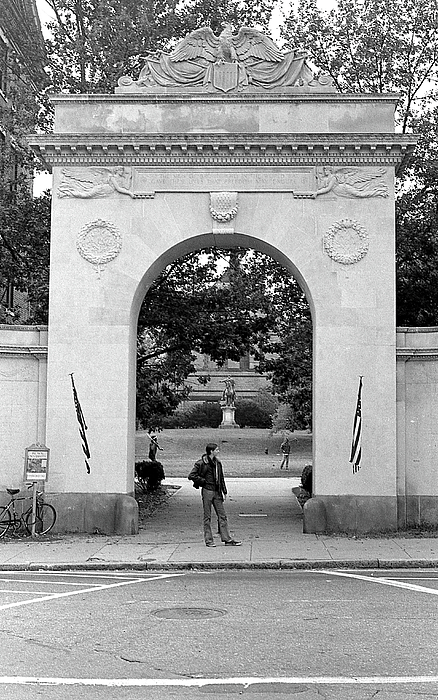 Soldiers Memorial Gate, Brown University, Thayer Street, Providence, Rhode Island, 1972. Dedicated April 6, 1921. The inscription at the top reads, "To the men of Brown who in the World War / Gave their lives that freedom may endure."