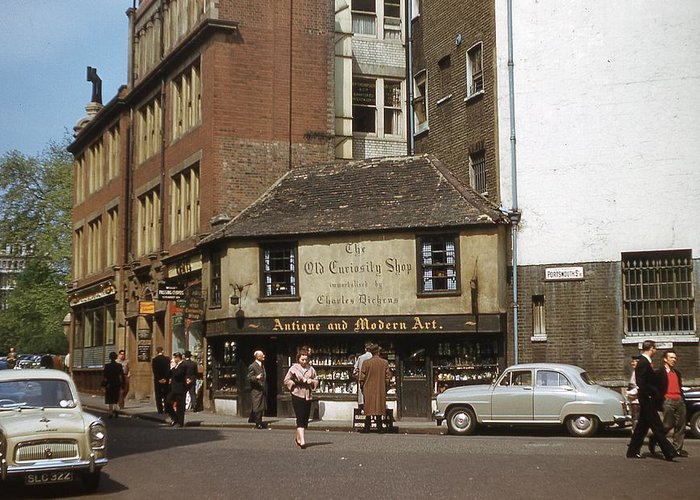 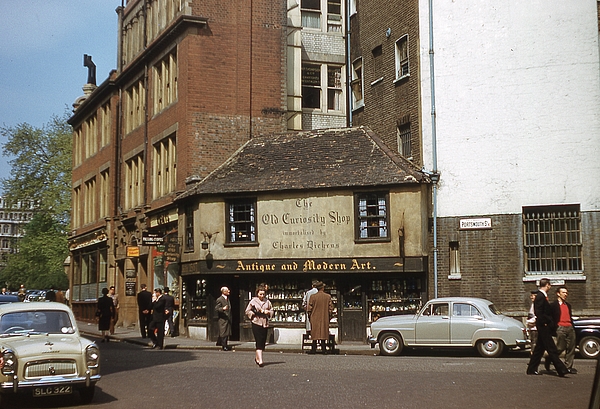 Ed Butler photographed The Old Curiosity Shop during a 1957 trip to Great Britain. The 16th-century building is believed to be the inspiration for... more

Ed Butler photographed The Old Curiosity Shop during a 1957 trip to Great Britain. The 16th-century building is believed to be the inspiration for Charles Dickens's 1841 novel. It's located at 13–14 Portsmouth Street, Holborn, London.This image was scanned from a Kodachrome slide in 2021.Copyright Jeremy G. Butler.